DHD Reports an Accelerating Transition to AoIP Broadcast Audio Throughout 2020

Leipzig, Germany – DHD Audio GmbH reports an accelerating transition to IP technology throughout the broadcast audio business sector during 2020. Highlight projects included participation with Thum + Mahr in the integration of a DHD Audio platform into the new Cardiff headquarters of BBC Cymru Wales. The new system is being used across the entire radio division. IP-based operation was chosen on the basis of efficient and sustainable resource management. The DHD environment comprises four independent audio clusters, serving as an adaptable infrastructure. Every area of the studio is able to broadcast autonomously.

Radio Cottbus relocated to new fully digital studios in August 2020 after 18 years at its former site. It is now one of Germany’s most modern media centres. The main control console is equipped with three DHD SX2 fader modules. All audio signals are transmitted via Dante Audio over IP.

Coinciding with what would have been IBC 2020 in Amsterdam, DHD announced a firmware update across its range of broadcast audio mixing consoles, routers and control interfaces. The DHD product range includes five audio consoles (MX Modular Mixer, TX Touch Mixer and DX Desktop Mixer, RX2 Versatile Mixer and SX2 Compact Mixer). These can be combined with compact, standard and high-capacity cores plus a wide variety of interface modules. DHD also offers a complete production system designed for podcasters requiring professional equipment. New functions have been integrated to make operation easier, faster and more flexible. Also introduced in September were flat table-mount versions of the RX2 and SX2 mixers

“In December we commenced online training sessions which proved very successful with 340 people from all over the world participating. A Basic Toolbox session was held in German, followed by another in English, plus an Advanced Training session. All the sessions concentrated on the newest features. We are well equipped with stock and able to offer immediate shipping of almost all our products. 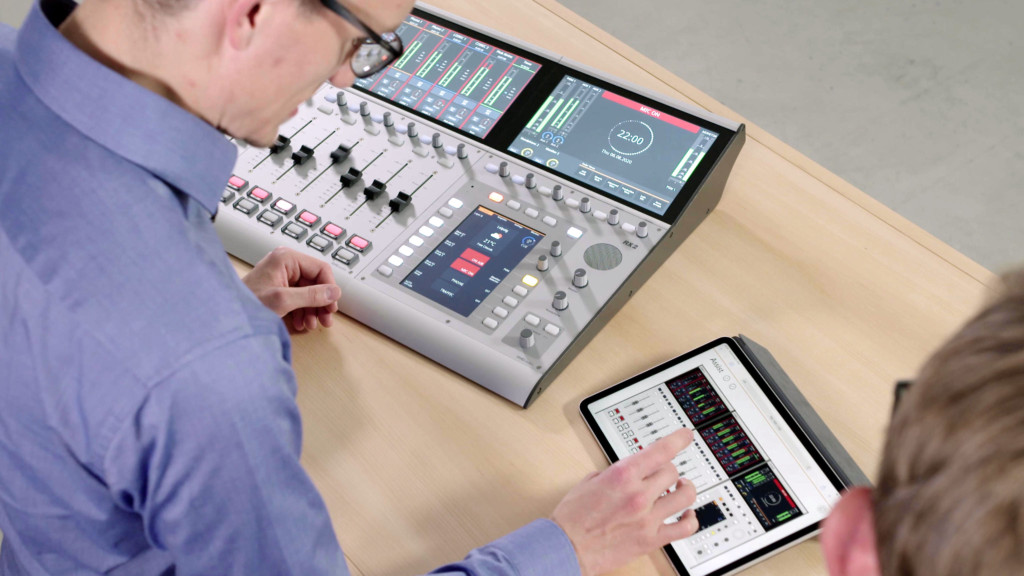