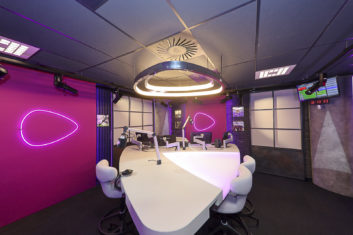 With the existing radio studio infrastructure dating back from 2006, the broadcaster decided to construct and modernize its new broadcast studios with a view toward future visual radio operation.