“Radio San Marino and its sister channel needed a system that could be customised to suit their current workflow while retaining the freedom to allow future expansion,” says Roberto Zeccara, Senior Project Manager at BVmedia. “DHD’s RX2 and SX2 mixers were the preferred choice both on operational and technical grounds. The channels’ DJs find them logical and intuitive to work with and their technical support staff appreciate the logical configuration, excellent signal quality and inherent robustness. Mixer settings such as source IDs and signal levels are clearly shown on touch screens incorporated into each mixing panel. DHD products also share a similar menu structure across the entire range, allowing operators to transition easily from one mixer to another. An additional reason for choosing DHD mixers was that they integrate easily with the network’s third-party automation software. We have equipped five studios in total: three with 18-channel RX2 desks and two with 10-channel SX2. These are equipped with analog, digital and Dante audio-over-IP interfaces. We also provided briefing and hands-on experience for the RSM team.” 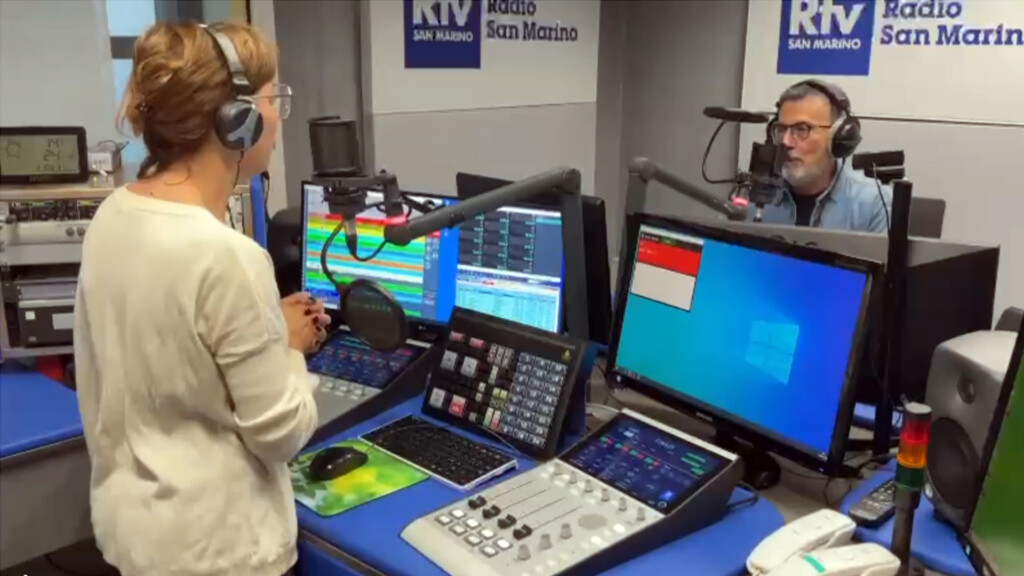 “Radio San Marino and RSM Classic are the latest in a growing number of broadcasters recognising the advantages which DHD audio mixing systems provide in terms of operational versatility, reliability and expandability,” adds Christoph Gottert, DHD’s International Sales Manager. “Zec and his BVmedia colleagues have done a great job, as ever, from initial design right through to customer training.”

Developed for use in on-air radio and television studios, master control rooms and OB vehicles, the DHD RX2 is based on two modules – central and fader – which can be combined and configured to match a wide range of radio and TV production environments such as on-air studios, main control rooms and OB vehicles. RX2 configuration scales easily from small production units with 6 or 12 faders to large consoles with up to 96 faders. Each module has a dedicated high brightness 10.1 inch touch display. Supported character sets include West European, Arabic, Burmese, Chinese, Cyrillic, Hebrew, Japanese, Khmer, Korean, Tamil and Thai.

The RX2 central module (52-5810) provides the main audio I/Os plus a direct microphone input and a stereo headphone output. Loudspeakers can also be driven directly from this module. The 10.1 inch touch display provides access to main control and channel settings, metering and system snapshots. Assignable hardware buttons are provided in the central section, plus adaptive labels in a separate 7 inch vertical touch display. The adaptive labels give fast and tactile access to functions such as monitoring and talkback.

Each RX2 fader module (52-5820) includes six dust-protected 100 mm track-length motorised faders. Every fader channel is augmented by a rotary encoder and two pushbuttons. The rotary encoder can be assigned to control gain settings, auxiliary sends, EQ parameters and dynamics. The pushbuttons are assignable to functions such as on/off, prefade listen, layer or talk.

DHD’s SX2 is is a modular mixing console based on a four-fader central module (52-5614). Each SX2 unit is a standalone table-top device which can be chained with others to create a single mixing desk. The central module gives access to the most important audio inputs and outputs. A microphone input and headphone output are also included. Loudspeakers can be connected directly to this unit. Also available is a fader module (52-5620) with six motorised faders. This module allows the addition of a second layer accommodating up to 16 channels. Central and fader modules each incorporate a 10.1 inch multi-touch display showing relevant configuration and operating parameters. SX2 features can be extended simply by adding optional license codes to the DSP core. This allows extra faders, busses and clean-feeds. Functions such as loudness metering, profanity delay and talkback to other DHD mixers are also supported.

Radio San Marino (http://www.sanmarinortv.sm) made its formal debut on October 25th 1993 as a round-the-clock broadcaster. Radio San Marino Classic was launched on June 21st 2004 offering a combination of  music, parliamentary news and sport. One of the world’s oldest republics, San Marino plays a fundamental role within the schedules which include news reports, films, fiction, documentaries, columns, music, entertainment, cartoons and public service information. The network’s terrestrial television and radio broadcasters are supplemented by the internet portal which was established in October 2003 and is now one of San Marino’s main online reference sources.

BVmedia SRL (www.BVmedia.it), based in Milan, was established in 2010. It offers products, solutions and services to the radio broadcasting, television and new media markets. Its engineering team is composed entirely by professionals with a combined 30 years experience. The company offers first-hand expertise in providing technical support to radio and television stations in partnership with the industry’s best brands. Customer trust in BVmedia is a priceless heritage which continues to grow in value. Obsession with perfection is the company’s guarantee.